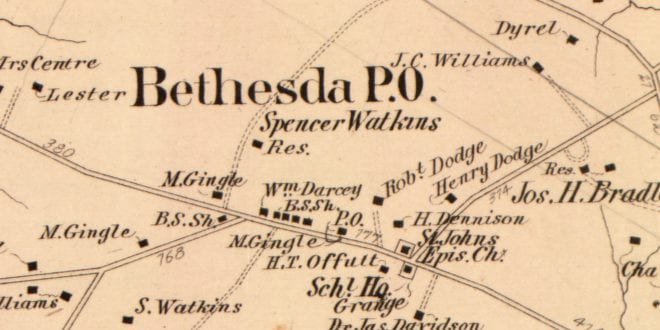 After World War I, four military officers formed a real estate development company. Major H.C. Maddux assumed the presidency of Maddux, Marshall, Moss & Mallory. From their company headquarters located at the National Capital Building (923 15th Street), they controlled and managed five of Washington’s most prominent hotels as well as Washington Gardens, Garrett Park, a group of homes in Luzon Heights, and a community of small farms near Waldorf. By March of 1923, Maddux, Marshall, Moss & Mallory had purchased the 53.59 acre farm wedged between Wilson’s Lane and Georgetown Road and developed the site for the construction of new homes. The subdivision was formally approved on May 1, 1923.