Enjoy a walk around the historic Edgemoor neighborhood of Bethesda with Fred Berner, author of “Old Edgemooor – The Heart of Bethesda.” This new tour will feature a number of century-old Edgemoor homes, each with its own architecture and history. We will begin at “Woodacre,” an Edgemoor estate that has hardly changed since 1916, where we will see the manor house and old stables. Then we will stroll along the trolley line that once ran past Woodacre on its way to the Great Falls of the Potomac.

Our next stop will be at a Beaux Arts mansion built in 1913. During the Roaring Twenties, this was the home of the Postmaster General of the United States, whose dinner guests included Presidents Harding, Coolidge, and Hoover. Later, we will view the colonial homes built in 1915 by the Dodge sisters, whose husbands served our nation, bravely and tragically, during World War I. The tour will end in front of two beautiful Edgemoor homes built in the 1920s.

The mile-long tour will begin promptly at 3:00 on the Elm Street right-of-way (also known as the Edgemoor walking trail), which is next to the Woodacre estate at 7201 Glenbrook Road. Part of the walk may be along a muddy footpath. This will be an entirely outdoor event, but we hope that all who attend will be fully vaccinated against the COVID-19 virus.

Dairy farms and creameries in the Bethesda, Chevy Chase and Silver Spring area were pretty much gone by the 1940s. The early Bethesda area dairy farms and creameries are identified and located on a map and some are discussed in detail.
This presentation was developed in cooperation with the Bethesda Historical Society to commemorate the 150th Anniversary of Bethesda.
An 80-minute video from Montgomery History April 27, 2022.

This richly-illustrated talk, in partnership with the Bethesda Historical Society, details the ways that Bethesda schools set the pace for education in Montgomery County public schools beginning in the early 1900s.
A 1-hour video from October 5, 2021. 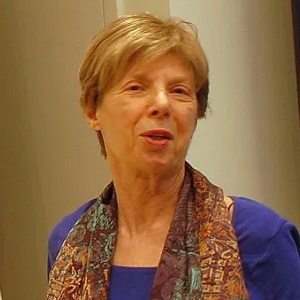 The Bethesda Historical Society extends deepest condolences to the family of Amy Rispin, our beloved volunteer who passed away on February 14, 2022.

Amy was one of the Society’s first volunteers, with her experience and expertise in local history being highly valued by so many in the Bethesda area and throughout Montgomery County.

Amy’s participation in the activities of the Bethesda Historical Society will be greatly missed, but we will fondly remember the comradery we shared as we worked together.