Answer Man keeps up with the Tuckermans 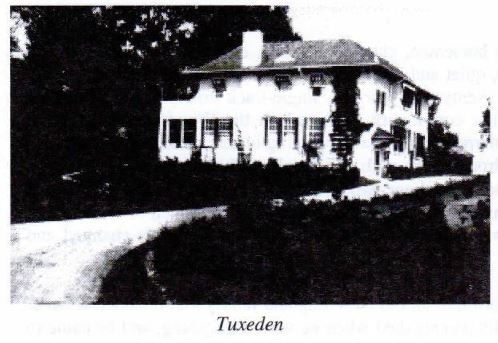 In 1912 Walter Tuckerman built a house in the wilds of Montgomery County and called it Tuxeden. (From”Tuckerman’s Eden,” perhaps?) At the time, it was sufficiently rural that he could ride his horse to his Washington office. He and his wife, the former Edith Abercrombie-Miller, raised five daughters there. He developed the land around him; today it’s the Edgemoor neighborhood.

Read more at “Answer Man keeps up with the Tuckermans” by John Kelly on the
Washington Post website (October 23, 2010)