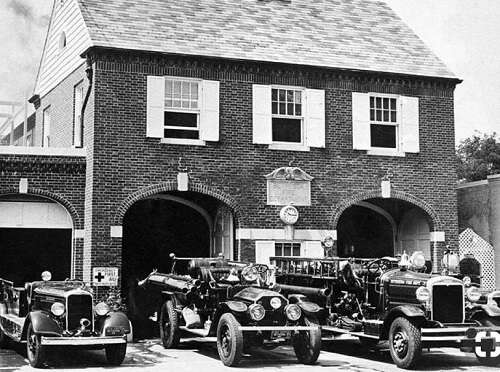 “In 1925, fires destroyed two large Bethesda homes. A group of civic-minded citizens, led by Walter Tuckerman, started a fire department. Horse drawn equipment from the [old firehouse in Bethesda, Maryland] District of Columbia was inadequate. Meetings were held, money was donated, and plans formulated for the founding of the Bethesda Fire Department. On the Fourth of July 1925, six residents met and each donated $1,000 toward the beginning of a fire department. Many more planning meetings and money raising affairs were held. The leaders found that not only was there interest in having a one in Bethesda, but many capable young men were willing to serve in the new fire department.”

Read more at “History of Bethesda FD” on the bethesdafire.org website