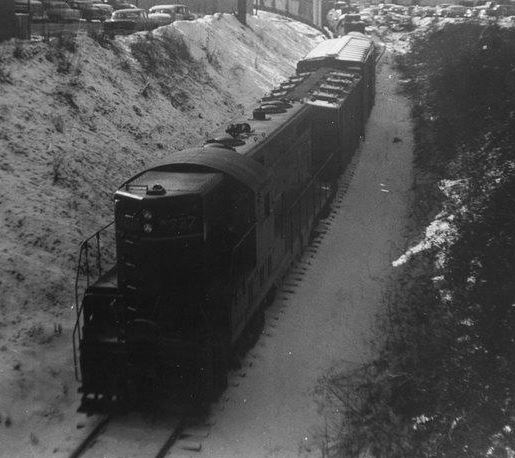 “It would be 1910 before the B&O Railroad finally arrived in Bethesda, following creek beds, cutting through hills and tunneling under Wisconsin Avenue on its way to Georgetown.

Developers of the nascent suburbs promised prospective buyers that a passenger train station was coming, an enticement for commuters looking for an easy ride in and out of Washington, D.C. But Bethesda’s stop ended up being for commerce only. No elaborate passenger station was built for the village, just a freight station and platform west of Wisconsin Avenue, near present day Bethesda Row.

Cars carrying fuel, cement, lumber and all manner of construction materials soon began moving in and out of the Bethesda station on a daily basis.”

Read more at “Off track: The B&O Railroad’s arrival in Bethesda brought more dirt than glamour” by Mark Walston on the Bethesda Magazine website (April 18, 2021)