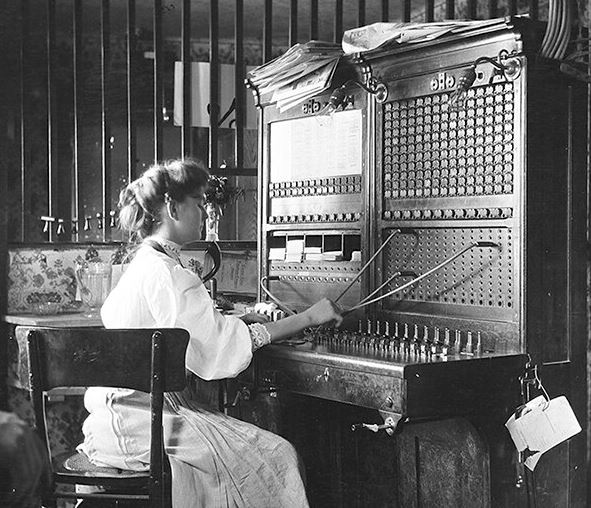 The initial phone lines primarily served area businesses, but new lines were being run into private residences by 1895. The Dunlops of Hayes Manor—located today on the grounds of the Howard Hughes Medical Institute, south of Jones Bridge Road—were among the first to have a phone installed in their home. Community leaders H. Bradley Davidson, Amanda Counselman and John E. Beall and other residents followed all around the area.

Within a decade, the number of phone lines in Bethesda had grown to more than 1,000—large enough for the Chesapeake and Potomac Telephone Co. to establish an exchange specifically for the area, but not in its own building. The first Bethesda Central Exchange switchboard was installed in the spare bedroom of Ada Cunningham’s home on Melrose Avenue (now Cordell Avenue) in Woodmont Triangle. The phone company paid Cunningham $30 a month to manage the switchboard.

Read more at “Answering the call: The stringing of phone lines in the Bethesda area rang in a new era” by Mark Walston on the Bethesda Magazine website (October 18, 2021)