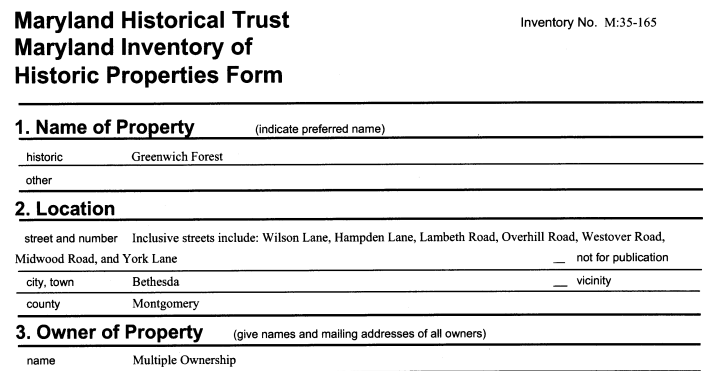 The suburban neighborhood of Greenwich Forest contains a cohesive collection of domestic buildings constructed between circa 1929 and 2007, the overwhelming majority of which were erected between 1933 and 1941…The neighborhood was developed as an automobile suburb by Washington D.C. real estate developer Morris Cafritz and his staff architects. This group of talented and proficient men were especially sensitive to maintaining the large number of mature trees and rolling hills of the topography. Thus, Greenwich Forest represents a significant change in suburban planning in Montgomery County.