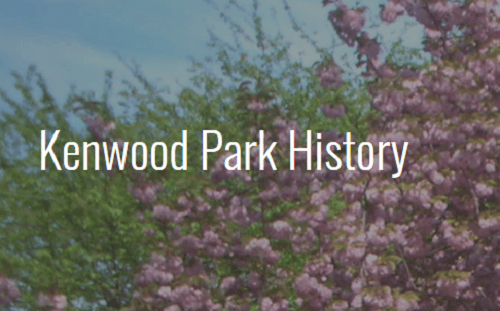 As Washington’s population grew in the early years of the 20th century, housing demand began to move outwards from the District into Maryland. Residential development started to reach the area of Kenwood in 1927, when Montgomery County authorized the paving of Dorset Avenue into what is now Kenwood, initiating the development of the land along River Road corridor to the West of the railroad tracks for the coal train that supplied the Georgetown power plant. The power plant is long gone, and the railroad right of way has been turned into a walking/biking path running from Silver Spring through Bethesda, down to the C&O canal, and into Georgetown.

Construction in Kenwood Park started in 1954. When the early residents arrived, Minihaha Creek ran parallel to Millwood Road to the West. Neighborhood kids played along the creek, building dams and catching fish. However, when the forest to the west of the creek was cleared for Kenhill Road and houses were built on this western hill, the ground could no longer absorb heavy rains, and the creek began to flood. To solve the problem, the creek was diverted into an underground culvert six feet in diameter. Now only the depression in the ground along its original path gives a hint that a creek once ran freely there.