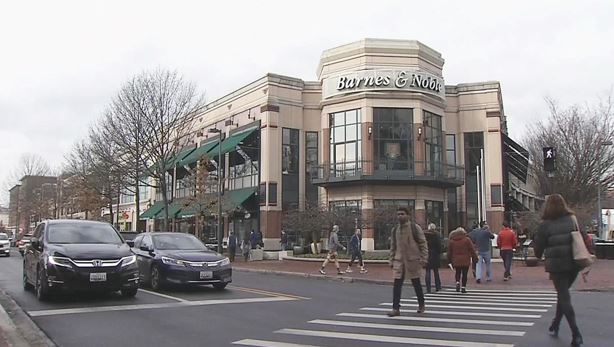 One of the early housing developments in Bethesda was Miller’s Flats, a Black community in what is now the upscale Bethesda Row shopping district west of Wisconsin Avenue. Black residents worked labor-intensive jobs along the industrial sites of the railroad that is now the Capital Crescent Trail.

Miller’s Flats was an early subdivision of Bethesda. First built in 1892, it was originally designed for business lots. The land got its name from J. Hite Miller, who married Anna Offut. Offut’s father Hilleary owned the land and passed it down to his daughter. The land ran from Wisconsin Avenue west along Bethesda Avenue to Arlington Road.

It did not take long for Miller’s Flats to become the core of Bethesda’s industrial district. In 1910, the Georgetown spur of the B&O railroad was completed to carry coal and building materials from Silver Spring to Georgetown. It ran through Miller’s Flats, prompting rapid economic growth. In 1925, the property owners began subdividing Miller’s Flats, sparking the development of coal and lumber yards, car dealerships, and other businesses.

J. Hite Miller’s descendants travelled to North Carolina to convince Black people to relocate to the area and found a receptive audience — Black laborers moved to the area for steady employment, and found housing in an apartment house in Miller’s Flats. In addition to working in the coal and lumber yards, Black residents also found employment as domestic workers for White families in Edgemoor and Battery Park.