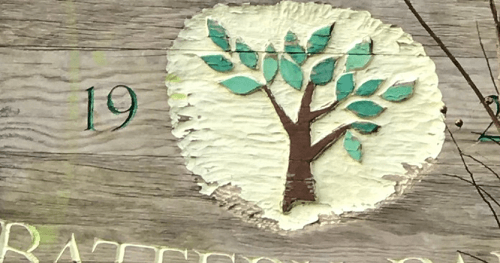 In 1935, Luke Ingalls Wilson wrote a most unusual letter to the Secretary of the Interior of the United States. He offered half of his 94-acre Bethesda estate, “Treetops,” to the Federal Government if it could be used to benefit the people of the United States. Luke Wilson was a retired men’s clothing manufacturer from the Chicago area, whose wife, Helen Clifton Woodward, was the daughter of one of the founders of the Woodward and Lothrop Department Store. Their estate was on the southwest corner of Rockville Pike and Cedar Lane.

Luke waited in vain for a reply from the Interior Department. When none came, Luke, a persistent man, wrote directly to President Franklin Roosevelt. The President, delighted with the offer, circulated the letter to his various departments. The Procurement Division of the Treasury Department immediately referred its copy to the Surgeon General of the Public Health Service for consideration of the site as the location for the National Institute of Health’s new animal building.

Read more at “The National Institutes of Health, A Bethesda Landmark Celebrates Its Centennial” on the Montgomery County Historicak Society website.