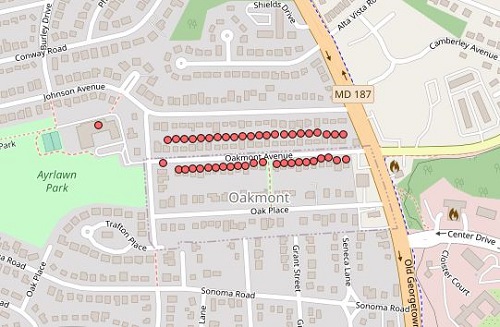 In the 18th century the area now known as Oakmont was farmland near an Indian trade route that eventually became known as Wisconsin Avenue. In mid-century, the tobacco trade flourished, and tobacco farmers used the road to move their crops from the Maryland countryside to the busy Port of Georgetown.

Around 1805 the old Indian Road was named the Rockville Pike and became a toll road. Traffic along the road increased bringing more people through the area, and over a century ago, Washingtonians regularly took the trolley out to Bethesda Park to ride the Ferris wheel and roller coaster, visit the zoo, and picnic among the mature oaks.

Read more at “History” on the Town of Oakmont website