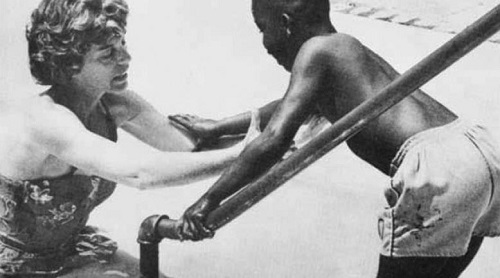 When people speak of the origin of Special Olympics, they look no further than the first Camp Shriver—founded by Eunice Kennedy Shriver in the early 1960s. They talk of one woman’s dream that started in her own backyard. They speak of her vision: how through sports, the lives of people with intellectual disabilities would be transformed and public perceptions would be changed forever.

Back in 1960, a woman from Bethesda, Md. called up Eunice and told her that she was having trouble finding a summer camp for her child with intellectual disability. The child wouldn’t be accepted into a mainstream camp, and, at that time, the public education system couldn’t figure out what to do with special-needs children never mind supply them with summer activities. Then another woman told her almost the same thing.

“Enough,” said Eunice. In Eunice’s world, “enough” has always meant “do something about it.”

Thus was born Camp Shriver, which she started at her Bethesda farm, Timberlawn.