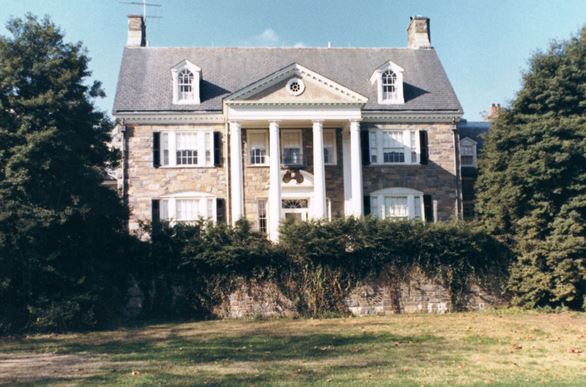 The site of the Lawton Chiles International House (Stone House) was originally part of a land grant to Robert Peter, who came to America from Scotland around 1745. A grandson, Dr. Armistead Peter, married a great-great-granddaughter of George Washington’s wife, Martha. On Dr. Peter’s death in 1902, the 200-acre estate was divided among his five children.

The designer of the residence, Walter G. Peter, was a noted Washington, D.C. architect with the firm Marsh and Peter. His brother, Reverend George Freeland Peter, a canon of the Washington Cathedral from 1928 to 1937, constructed the house in 1930 on his inherited plot of 47.9 acres. It served as his family residence until the early 1950s.

The U.S. Government acquired the estate in 1949 to provide space for an expanding NIH. The building soon became popularly known as the “Stone House,” after the locally quarried bluestone from which it was constructed. By a Congressional act, it officially became the Lawton Chiles International House in November 1989.